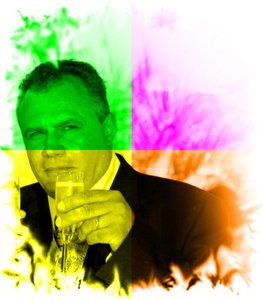 The artist Sandro Di Bella is an Analyst Programmatore, you/he/she deals him with Computer science from 1981.
It plans and it realizes advanced systems in automatic telephone answer.

it is an expert in the sector multimediale, where it has operated since 1994, it is endowed with a strong artistic taste that loves to express through the realization of projects multimediali, finalized to the creation of sites Web / DVD / Audiovisual.
You/he/she has realized audiovisual and presentations multimediali participating to initiatives financed by the Presidency of the Board of the Ministers and by the Office of the Job, tied up to the struggle against the drug addiction, the emarginazione and the unemployment.

It has painted since 1970, having a preference for the oil on cloth, the decoration of the glass and the wood, treating different son-in-laws and exposing in personal and collective receiving consents of public and criticism.

You/he/she has acquired experiences in the coordination of nets of sale both in the Network Marketing that in the traditional forms of sale.

Personal characteristics:
Curiosity, creativeness, ability of analysis, organizational, decisional and of orientation to the result.
Ability of strong inside and external integration.
It loves to travel and to work in team, is prepared to effect periodic travel allowances and to move himself/herself/themselves in Italy and to the foreign countries