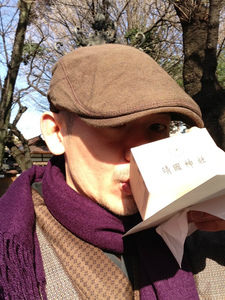 Living in Japan.
I draw Japanese painting.  I use traditional techniques, materials and motif.
But the picture is not old-fashioned.
It is because I live in modern Japan that has long tradition and has also fashionable.
Motif of my paintings is a beautiful woman dressed in traditional clothes.
In Japan,It says such a picture is "Bijin-Ga".
Beautiful thing is the treasure of the world.
I am drawn to seek a beautiful picture.