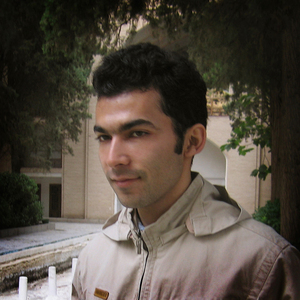 Human is a part of the nature and have a common life with all creatures of the world. Anything that surrounds the nature, it will surround the human too. Having intelligence and genetic capabilities cannot make human an exception against the kindness and rage of the nature. Famine, drought, traffic and violence are like wild flames that ruin the nature and involves human. Nature is like a mirror that wounded face of human can be observed in all its details. Among all natural elements, tree is of special importance; the solidarity of trees and forests is the same as rigidity of the nature and their destruction is the destruction of the nature. But today, climates, forests and especially the tress all are symbolic part of the nature that are destructed by human and the governments.
In these works, dark wounds could be observed on body of the tress that is the sign of drought; the very old wounds that have been eternalized in trees. But even this disaster has a ceremonial process. In this ceremony, the image of Goddess and powers can be observed that symbolically are praying in order to save the nature from devils and mischievous powers. These symmetric and repeated images represent a revolving motion that pushes the nature to death and rebirth; but in this revolving process those who die forever, is human, those acquisitive human who used to create disorder in the celestial order of the nature with all his want of profit. In this collection, symmetry, repetition, evolution and unity are signs and inseparable visual specification of the nature. These specifications that could be observed in all particles of the nature can be traced in general views of the nature. Symmetry in whole and details of the visual images can be traced in all works of the collection. This symmetry reveals the concealed halves of the image elements; the image repeats itself and goes toward evolution and finally a general view is formed. Darkness and light is observable in these works. Darkness and light reinforce and weaken each other and like devil and benevolent powers face each other along with revolving motion of the nature.