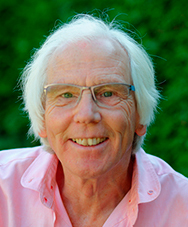 In the seventies of last century, he took a two year course at
the Photo Academy,followed by a four-year professional photographer training in the eighties. Shortly after that, Marinus opened his own studio.
He carried out most of his assignments for business purposes.
His photographic work included products, advertising, reproductions
and architecture.

In the late nineties, Marinus closed his studio and started to do sportsphotography, especially in football. For seven years, he worked as a freelance sports photographer, and he photographed several Dutch football and Champions League matches.

After that, he focused entirely on his passion: nature and landscape photography.

Marinus Wietens’ photos have been nominated on several websites, such as Fotoblur, Art Limited nominated him for the ‘Photo of the month’,Nominated on Nature’s Best Photography, on Syngenta for ‘Most inspiring pictures’.

Marinus supplies his images to individuals and companies around the world. His stock images are used by different agencies and are published in various media.