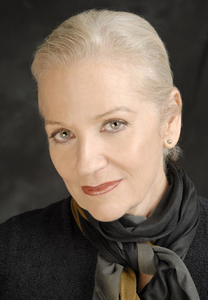 Sandra Gottlieb has created a striking series of photographs of the skies and waters of the Atlantic Ocean. With a keen eye for the fleeting phenomena of clouds and light, she has created beautiful large-scale images that range from the abstract, to the painterly, to the highly dramatic. Her poetic work conveys the sense of impermanence in both nature and in human existence.
Sandra Gottlieb was born in Brooklyn, NY, and from an early age was devoted to the study of ballet and the arts. She studied Fine Arts at Brooklyn College, and later photography at the International Center of Photography in New York City and interior design at the New York School of Interior Design. Continuing her dance training as well, she performed professionally with a number of ballet and modern dance companies in the city. She has noted that dance gave her both a feeling for movement, and an awareness of change from moment to moment, both of which have contributed to her photographic vision.
In the 1980s, Gottlieb’s artistic impulse brought her to acting, and she appeared in Off-Broadway plays in New York, and on daytime television. She recognizes in her theater work the importance of “yourself in the moment”, in touch with one’s inner being. Gottlieb sees this quality of being present to what is happening right now, as an important preparation for taking pictures of nature that may change in an instant.
In 1991, Gottlieb received a camera for her birthday, and found herself taking pictures that were immediately satisfying. In 1996, she began studying at the International Center of Photography with the photographer and master printer Jerry Vezzuso, who strongly encouraged her in her work. Gottlieb began taking the first pictures of the Rockaway Beach Series, which would later be expanded into Seascapes 1996 thru 2006. She took these photographs from the third floor of a beach house overlooking the Atlantic Ocean in Rockaway Beach, Queens, NY. These first pictures were exhibited as a solo show at New Century Artists Gallery in New York in 1998.
With her work in photography, Gottlieb has discovered an affinity with a range of American abstract painters. She found in Rothko a strong sense of structure wedded to color. In Milton Avery she recognized his very personal interpretation of reality, focused on the edge of the sea. While she was creating Seascapes 1996 Thru 2006, Gottlieb also produced other series including Floral Impressions, close-up soft focus views of flowers, Nocturne, details of the breaking surf at twilight, and Sea Grass, whose curving lines suggest abstract painterly gestures. Gottlieb has continued her conceptual view of flowers with City Tulips, 2008 and her seascapes series with Winter and Summer, 2009, “Waves in Black and White”, 2011, and her most recent series, “October Waves”, 2013. She is currently working on “Cloud Studies”, 2015/16, a conceptual view of the light/dark aesthetic of the heavens above. Solo shows include the Alden B. Dow Museum of Science and Art, Midland, MI; the Fernbank Museum of Science and Art, Atlanta, GA; Georgia Tech Ferst Galleries; Danville Museum, Danville, VA; Gadsden College, Gadsden, AL; Louisburg College,Louisburg, NC; Ormond Memorial Art Museum, Ormond Beach, FL.,Krasl Art Center, St. Joseph, MI; Cedarhurst Center for the Arts, Mt. Vernon, IL; Ashtabula Art Center, Ashtabula, OH. The Florida Museum of Photographic Arts, Tampa, FL Kean University Galleries, Union, NJ. Upcoming solo exhibitions at The Museum of the Chicago Academy of Sciences, IL., Quincy Art Center, Quincy, IL.