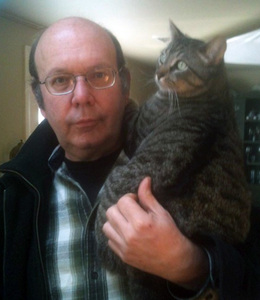 2015
"The Gate To Hell" Photographs from the Derweza Gas Crater in Turkmenistan
The Mattatuck Museum, Waterbury, CT
One Person Show - April.2015

I remembered when I got my first camera at age 8, a Kodak Brownie. I tried to
"sneak-a-peak" at my first roll of film before taking it to be developed, and was disappointed (and suspicious of being tricked!) when there was nothing there to see! After the film was developed and came out black, I was interrogated by my father who was a former
chemist, and he tried to explain the concept of a "latent image". I found it wondrously intriguing that there could be something essentially invisible, and yet recorded on the film, and it couldn't be seen unless acted upon.
At the time, it seemed as magic....

Since that time, I have loved visual paradox (making visible what's there but hidden somehow) and that theme seems to be one of the common threads throughout my work.

The Harlem Valley /Wingdale Project is no exception. I am drawn to the incredibly paradoxical beauty as expressed in the slow transformation from man-made order into the beauty of natural chaos. The buildings at Harlem Valley have been abandoned since it's its closing in 1994, having been in operation since opening in 1924. All the buildings are in a very deteriorated state; most have been vandalized and covered with graffiti.

The interiors of the entire complex are totally toxic. The air is filled with mold
(from standing water), PCBs (from the electrical transformers and leaking equipment),
asbestos and lead paint cover the floors. This is really "Art That Can Kill"....

I don't care much about the site’s history, its ghosts, former mental patients etc.....
For me, as bizarre as it may sound, standing in many of these buildings, amidst all the
wreck and ruin, feels much the same as when I was standing in a grove of Giant Sequoias
in California, (albeit I am dressed in a HazMat suit!)

I love the stillness and quiet of the place. All I can hear is my breath through the respirator
I have to wear, much like a diver undersea.... In addition, the absolute lack of my seeing anything living (except an occasional fern or moss trying to eek out an existence)
continues the metaphor of a diver visiting a bleached and dying coral reef, once thriving
with life, but now lifeless and stark, man being the catalyst to nature's relentless predisposition to return to chaos.