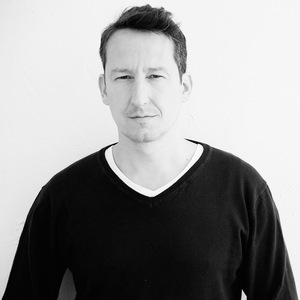 Hervé Perdriel was born in Paris (France), in 1972. In 2002, he went to Bulgaria to make photographic reports and topics for an illustrating agency. Back in Paris in 2004, inspired by the architecture of the town, he began making numeric photographic collages. Then his first tries for the « Paris » series were born, in which the multiplicity of emblematic places of the city showed their weird reality. Since then, the principles of multiplication and of seriality emerged at the heart of his work and of his researches.

Even if the city remains an important source of inspiration, he now goes beyond a mere visual effect to breathe something more like meaning, depth, intimacy to his images, as it can be seen in one of his last series. In “ Pieces of Identity”, the collected images outline a person, an existence, among memory, remembers and sensations...

Hervé Perdriel’s work is regularly shown in solo or collective exhibitions since 2006. He lives and works in Paris.

Here are some landscape or abstract composition made with collage of paintings.

Here few portraits of unknown people and some celebrities