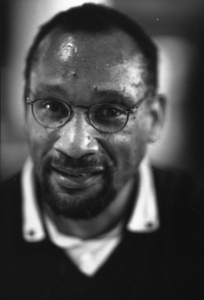 I am a photographer and I graduated in Master 1 in History of Art in Contemporary Photography at the University of Pais-Sorbonne and in Arts Degree, mention Plastic Arts, Photography course at the University of Saint Denis Paris 8.
I dedicate myself both to the studio shot, to the photographic room, and to the exterior for the portrait or the urban landscape. But I have mainly focused on two photographic works: one is directed towards research and creation, it is the study of movement, blur and the course of time; The fusion of the colors emanating from it, the traces left by a displacement which give the illusion of a life, a story, a moment; The other photographic work is turned towards a photograph of testimony, of documentary; It is a more personal approach to transmit an emotion, to question the reader or to sublimate a situation quite banal.
The goal, if I dare to say, is to materialize an idea, a thought and that my photography presents itself as a photograph that is both documentary and visual.

I am passionate about jazz music and regularly attend concerts. My presence as a concert photographer during the show is mostly only during the first three tracks. The photography of concert is in fact a discipline demanding considering the conditions in which it is practiced (weak light, subject in motion ...). Only a few seasoned professional photographers succeed in taking artistic photographs worthy of being drawn as a work of art.
I present in this series photographs taken from what I call my "Jazz'art" or "the art of telling" in concert: it is a time of freedom, where I visit according to my personal journey the compositions that are me Expensive: work on the movements and on an impression of overprinting due to the jerky zouming, or a jet of displacement of my camera at the time of the shooting.
Here the golden rule almost no longer exists. In general, the subject is placed most often at the intersection of the golden number. By the positioning of the musician in the frame, I ended up moving this charge which is incumbent on him towards the aesthetic charge of the image. The man instrumented by the image, accepts its sound and its false note, it carries the aesthetic charge of the photograph. Parallel to this invisible grid of composition, I make perceptible other chimerical grids by the repetition of the character associating the dark and clear masses of black and white, forms and materials.
Indeed, if I make the choice of black and white photography, it is to oblige the viewer to concentrate on the analysis of the situation represented, whereas color photography especially when it is bright tends to focus it on An aesthetic perception. That's why, I often devote myself to black and white photography, it is stronger than in color.

My approach is not where the classical photographer will seek to offer a faithful representation of reality, but on the contrary I am the plastic artist who manipulates space and subjects. Plastic photography is thus its own subject, the search for the aesthetics of the image that takes precedence over the quest for the real. Plastic photography is to practice a practice of photography that is far removed from the original forms that are documentary photography, reporting or portraiture.

My photograph is borrowed from an assumed slowness, an immoderate taste for observation, an interest for simplicity and for exigency. It is necessary to walk, to look, to feel, to capture, to show, to retranscribe. Photography teaches us to observe man in relation to his rural or urban environment, to society, to the other.
The photographic series on the city of Pau connects the history of photography in a fascinating way with my photographic work on the movement. In the era of sharp images and high definition, I chose to take the opposite path with my digital camera, that of the moving image, the movement and the accentuation of the failure. This technique, once called pictorial, then futuristic and now kinetic, allows to express a continuous time. The vignetting allows to close the reading of the image, but also to accentuate the effect of the dark camera that the principle is described by Aristotle.
My concept here is to take a moving subject in the scene, so, the image I make, visualize the integration of all positions of that subject during the pose time. I get a fuzzy object on the photographic proof, which may be in the form of an almost ghostly image formation or duplication. The effect is caused by movements between photography, object and scene. The photographic image that I leave, the car is the human man perceives these movements in the same way. When all is clear a picture that represents a bird that flies, gives the impression of being suspended in the air. The result is strange because our eyes are accustomed to see blurry. Kinetic blur is an effect I seek to communicate the sensation of movement and speed.
I come into resonance with my subject, I let myself invade and use my camera as a sensor to try to give to see the impalpable. To perceive an agitation of the subject and render it by the test into a turbid object. Emerge the veiled animations of the real into a single image that expresses the movement. I want to offer the perception of another life, a pause in time to stop. A shake, a blur, that little nothing that we find on photographic paper of silver or pixels.

With the effect of blur, on can no longer speak of photography to the Greek definition, where it is dictated by the writing of the light, on only records the image of an object. But for a Latin hypothesis or proposition where photography can be described as "a revealed image, output, assembled, experienced by the action of light."1° All that a photographer must master experimentally and technically to transcend a photographic proof into a work.