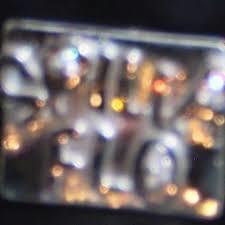 As a teenager, I would sneak out from my bedroom balcony to a diner to write rhymes accompanied by coffee, cigarettes and people who get me. I traded in normal interactions so I can use all of my brain capacity to become ill (really skilled). That led me to composing the chorus for rap icon NAS, song titled “The World is Yours”-1994 illmatic.

im diagnosed with withdrawal behavior disorder. truth is, I’m just comfortable around people who keeps conversations to a minimum like a word or two cause my mind is playing movies from the future and you’re distracting me. Plus, I was taught to say something intelligent or not say nothing at all. My foster parents wasn’t aware of my accomplishments or supportive of my dreams. when rap icon Slick Rick called my house, my foster grandma disrespected him so I took my parents to court and was granted emancipated minor status. as soon as I got free, I didn’t just leave the city; I left the f~~king country. I became a world traveler. I went to Venezuela, Canada, Zurich, Singapore, and a few places in between. downing bottles of fine wine, 5 star dinning and sexin’ Asain women old enough to be my mother. Anywho, I’m inspired by, Gothic, Surrealism, 80’s-90’s music, God, and YOU! My style consists of silky burgundy velvet strawberry shortcake creamy rhyme-heavy exciting poetry, and my summer at sunset secret recipe. I came up with the pen name “Spilla Flo’” while smoking a fat Siamese twins’ Bob Marley joint and writing on a table when I accidentally tipped over my coffee cup. I was captivated, fanticinated, and in shock at the same time by the caramel macchiato mini ocean in slow motion waves splash all over my big sisters bright white carpet. It spilled and flowed effortlessly smooth just like my verses. Mastery out of catastrophe. My goal since age fifteen is to write rhymes that will stand the test of time and intellectually stimulate people for generations.