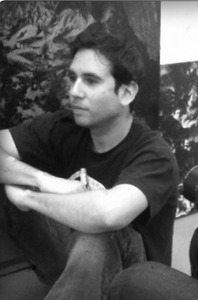 Sebastián Vallejo was born in San Juan, Puerto Rico in 1982. In 2004 he received a BFA from the University of Puerto Rico and in 2009 an MFA from the School of The Art Institute of Chicago. His work has been exhibited at the Museo de las Américas and in the Museo de Arte de Caguas, both in Puerto Rico. In 2009, Sebastián won the second prize in the Union League Civic and Arts Foundation Visual Arts Juried Competition of Chicago. In 2010 he had a solo presentation at PULSE Miami art fair with Galería Bickar. Other fairs that Sebastian Vallejo has been invited to are NEXT, Art Chicago, CIRCA and The MDW Art Fair. Recently, he was part of "Friends with Benefits", a group exhibition curated by Carla Camacho and Drew Moody at Lehmann Maupin Gallery in NYC.

Sebastian Vallejo's paintings describe the aesthetic relation between organic and inorganic forms and its visual and cultural implications. The paintings are inspired by the expansive and improvisational qualities that exist in nature and by the light and colors of the Caribbean, especially of Puerto Rico where Vallejo was born and raised. The works make allusions to the classical Apollonian-Dionysian split, where presentation and negation, organization and disorder become ever-present.