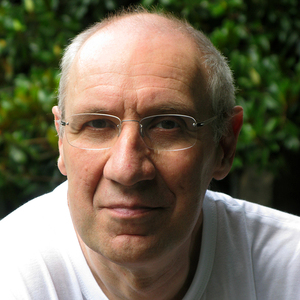 From 1979 until 1984, Peter van Stralen studied to become a graphic designer at the Academy of Arts in Arnhem, The Netherlands. During this study, his interest in photography was awakened.
Since then he has been working as a photographer, whose activities have mainly been focussed on black-and-white nude photography.
His exhibitions reach from the Leica Gallery in Germany to the 25CPW Gallery in New York.
In 2001 his photo book FIGUREN was published in Frankfurt.
In October 2014, his second photo book called: 'ODD BODIES' was published. ISBN 978-90-9028745-4

His style is strongly influenced by his background as a graphic designer: it is rather simple and direct. In this sense, he can be considered a minimalist.
He likes to describe himself as a two-dimensional sculptor who has a deep admiration for female dancers, since they are able to combine power with grace in a very natural way.
To him, women are not just familiar and sensual, but also pleasantly strange and surprisingly versatile. This series therefore reflects his fascination with these women.

The photographs from this series ODD BODIES were made in his studio using a Leica R9 SLR camera and a Nikon D3. These images were not digitally remastered: everything you see here actually did happen in his studio.

Images from a photo series made in cooperation with professional Dutch and German female dancers.