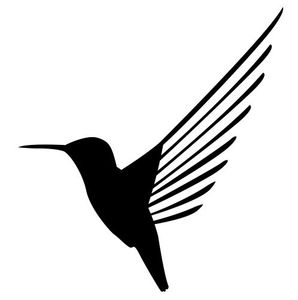 Amazilia Photography is owned and operated by Paul, a British photographer who is an internationally published photographer with extensive experience working with models. He has recently won the Runner-Up Photographer of the Year position with an international magazine, and achieved 2nd Place Awards in the Nude Category in both 2018 and 2019 in one of the global fine art photographic competitions.

He holds Distinctions in both Foundation and Advanced Photography Diplomas, and has recently completed two books featuring narrative and some of his favourite images from natural shoots:-

Amazilia’s art centers on the beauty, grace and intrigue of the female nude; a subject which has fascinated and drawn artists like moths to the flame in every discipline for millennia.

His work covers three core areas of people photography – fine art nudes, sensual nudes and nudes in nature. While some of his most well-known works are in the first two genres, his recent projects have focused on nudes in the natural environment, where Paul is always trying to depict a sense of the deep-rooted, intrinsic connection between people and the natural world.

Paul’s first two monologues “Rewilding the Human Spirit” and “Naturally Nude in Nature” contain contemporary narratives, along with a selection of more than 100 of his favorite images of art nudes in nature and in the landscape.

He is an internationally published photographer with several print publications, who has recently won the Runner-Up “Photographer of the Year” position with an international magazine, as well as achieving success in several global fine art photographic competitions. He holds Distinctions in both Foundation and Advanced Photography Diplomas.

He has exhibited his work at group shows in London and (in April this year) Seattle.

He is currently working on a restricted number of Signed, Certified Limited Edition High Quality Prints for Art Collectors, as well as continuing to make his work more generally available through a series of Monologues, combining his joint loves of writing and visual art (through photography).

Paul says that his "goal is to work creatively and collaboratively with women to produce unique images, which draw some emotion or connection from viewers."

One of a series of images produced during a special session working with the multi-talented and inspirational duo athletic fine art nude partnership of Anna Rose and Ayla Rose. Incredibly Anna and Ayla had not worked together before this shoot, but they managed to produce one of the most impressive impromptu choreographed sets that I have had the pleasure to shoot.

A stunning pose from the ballet-trained Miriam; one of a number of wonderful poses produced during a very productive shoot at Paul's Studio near Reading, UK.

This was Em Theresa's response when I asked her to produce something special with the ceiling drapes; I couldn't have wished for better! The image was taken at The Cottage Studio in south-east England.

This image was produced with Tessa G at The Cottage Studio in south-east England. This was Tessa's response to my request for the perfect S-shaped feminine bodyscape; it certainly works for me!

Another fine art nude duo image featuring the very athletic Ayla Rose, but this time partnered with Charliee for a high-key implied nude image based on symmetry and an almost abstract presentation of the limbs and heads. This photograph is part of a stunning high key set with both models at The Loft Studio, Ipswich, England.

A beautiful image shot as the sun was sinking low on the horizon, and storm clouds were rolling in over the distant hills in England's Peak District. The professional model, Cariad Celis, knows the area well, which helped shooting a fine diversity of wonderful art nude in the landscape images on a single September day.

Taken in the large sand dunes of northern Fuerteventura in the Canary Islands, this image shows the wild, carefree professional model Freespirit posing sublimely in the sand. Her face and body positioning characterise her feelings of freedom and feminine fortitude.

Scotland has so much wilderness and beautiful wild countryside; it is always an sheer joy to work there. The tall, dark highly textured trunk and branches of this Caledonian Pine Tree hang over and contrast vividly with the beautiful smooth skin of professional local model Aurora Violet.

A beautiful fine art nude in nature pose from professional model Scarlot Rose; taken immediately post-dawn on a chilly September morning on one of the impressive small rock monoliths in England's Peak District. Scarlot has a wonderful ability to produce creative poses when working outdoors, often in challenging environmental conditions.

The beautiful professional model Cariad Celis posing in harmony with her natural environment amongst ancient rocks that were important to Druids in the Peak District. The rock formations are impressive and stunningly beautiful, with both natural and man-made rock features. It is generally believed that the stone armchair, steps, caves and rooms at this site were carved in the 17th century.

Another image of the beautiful professional model Cariad Celis posing in harmony with her natural environment amongst ancient rocks that were important to Druids in the Peak District. The rock formations are impressive and stunningly beautiful, with both natural and man-made rock features. It is generally believed that the stone armchair, steps, caves and rooms at this site were carved in the 17th century.

“Nude Above the Mist”

As the sun rose above this Derbyshire valley a beautiful mist filled the hollow, creating a stunning ethereal feel to this image of professional model Arabella. She poses reclined on ancient rocks high above the villages and woodland below.

One of a series of images shot with the very talented and hard-working professional model Freespirit on a November trip to the large sand dunes in Fuerteventura in the Canary Islands. The image has a real feeling of freedom and wild abandonment, while also showing wonderful dexterity in the beauty of the pose.