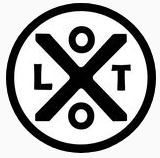 Duhamel Xolot, born in Havana City in 1971 comes from a family of artists and designers. He started drawing and painting since his early childhood and attended a junior Art School Academia. After completing college, he followed the steps of his father in the graphic design field, taking courses and working on small projects. Graphic Design was one of his early passions and it is a permanent influence in his work. His most recent artwork combines graphic design, humor, and contemporary art in constant research and investigation.

reDADA is my most recent and ambitious visual art project, which began to take shape around the centennial of the Dada movement, at the beginning, as a series of paintings in which the most representative icons, objects and artists of Dada and Surrealism were cited in a direct and symbolic way, until it became a new line of visual aesthetics and research. The Project will include installation, sculpture, digital art and multimedia.
STATEMENT

reDADA is basically “recycling". It is a philosophical exercise on the visual arts in the era of symbolic producers and globalization, evoking the always healthy habit of returning to the roots, to the very beginning of the storm that transformed all contemporary art. It is an "ecological" attempt of semiotic recycling, in a dialogue charged of humor and insight, where universal symbols of the visual arts are reused and associations are generated which hopefully are worth exploring.

Digital artwork. Calambur No.1 (Oro parece, plata no es) from «Ludexia series». This series appropriates some of the so-called rhetorical figures, (linguistic resources for creative use) with the intention of translating, amplifying, or reinterpreting the lexical context to the visual plane, partially walking through the playful paths of the «visual pun» or «calembour visuel». Calambur is a phonetic resource, based on homonymy, paronymy or polysemy. It consists of modifying the meaning of a word or phrase by grouping its syllables in different ways.

It is frequently used for the construction of riddles, such as the classic Hispanic children's riddle “Oro parece plata no es, quien no lo sepa bien bobo es”. Which in this case, the answer comes by joining the 3rd and the 4th words into one: “plátano”, another term for banana.

Intervening the F in the Facebook logo turns out more than ideal to parody both the social network and the recent controversy that arose from the artwork “Comedian" by Maurizio Cattelan, who placed a ripe banana taped to the wall at Art Basel Miami in 2019. This piece also “quotes” the iconic banana that Andy Warhol created for The Velvet Underground’s debut album.