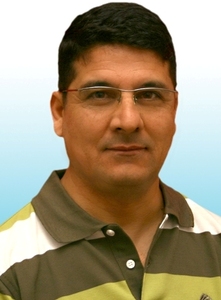 He was born in 1959, in Kibrisçik-BOLU. His first, middle and high school education was completed in Izmir. He won the military academy in 1977. He joined the painting course in 1980. He transferred the words on paper with ink; by affected from the Poetry, poetic narration and songs’ lyrics. He graduated in 1981 as a Lieutenant in the Infantry. Has worked in different cities of the country.

He has opened ten solo exhibition and a fastival. He joined two percent overseas, fourty collective exhibitions and four “The Living Military Artist Exhibition” and tree sales-cocktail. He took a course from Iranian artist Yakup Hüseyinzade. He transferred the poetic expressionist paintings which painted with drawning ink on paper and cardboard with oil painting and mixed method on canvas. There are also works in oils as still life, landscape type. His workings are currently on going.