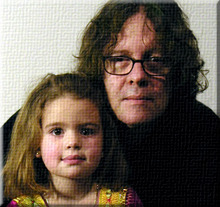 Miguel Cerejido is a Canadian artist, born in Havana, Cuba on February the 26th of 1960.

Graduated of drawing and painting from the academy of Arts "San Alejandro" in 1980. He finished a Master Degree in Fine Arts at the Instituto Superior de Arte (I.S.A.) in 1985; he worked as a professor at the Institute of Industrial Design, among other art schools in Cuba. He also worked as a specialist at the Centro de "Diseño Ambiental" (Interior Design) in Havana.

He was an active member of the National Union of Writers and Artists of Cuba (UNEAC) since 1995, and of Art Kollectif Media Foundation Inc. in Ottawa, Canada.

Presently he is a member of Arts Ottawa East organization, The Council for the Arts in Ottawa and The Ottawa Art Gallery.

His explorations in painting have always been dealing with the possible nexuses between music and painting as well as, in a very particular way, "Images" that this other artistic discipline produces in his subjectivity

This theme has been always present in his artistic endeavors from 1983 -while still a student at ISA-, encompassing all his carrier and evolving in many different forms, according to levels of perception in the artist's sensibility and to what is he focusing in his approach to the musical phenomenon.

Exhibitions, Fairs and other events

“Close To The Edge”