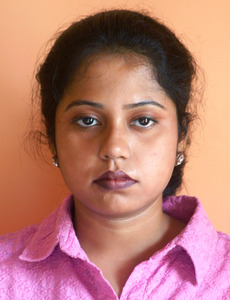 Nomination award in HPA (Humanity Photo Award) in China in the year 2011.

Bronze Medal in 2nd International Competition of Female Photographer in Ukraine in the year 2011.

Selected as one of the winner of India Future of Change contest supported by Public Diplomacy Division, Ministry of External Affairs, Government of India in the year 2011.

Special mention of the Jurors in Beauty Around Us contest in 2011.

Awarded a fellowship by National Foundation for India in the year 2009-2010.

Awarded a fellowship by National Foundation for India in the year 2004-2005.

Selected picture for book, the best of Reuters photography “The Art of Seeing 2”.

Selected as one of the cover picture for Reuters 150 years Magazine.

Awarded in contest “Yuva Hindustani” on the eve of 50 years celebration of India’s Independence, organized by the Flag Foundation of India and selected that picture for book, “Tiranga : A Celebration of The Indian Flag”.

South Asia's largest selling magazine "Better Photography" has selected me as one of the best woman photojournalist in India and they have published her work and interview in their cover story of August, 2005.

Workshop: does several workshops in all over India on photojournalism.

Jury: Selected as one of the juror in national and international photo contests.

Exhibitions: has done several solo and group exhibitions in India and abroad.