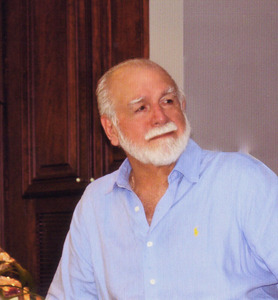 Agricultural engineer born in Cuba. His pastoral surroundings, contact with nature, artistic curiosity and the art writings of Winston Churchill inspired him to venture into painting.

As a young man, he was a Cuban track and field champion and a medalist in the Central American Olympic Games. After running many important agricultural operations in Cuba, he came to the United States and began a successful career as an executive of a multinational agrichemical company. His responsibilities made him travel extensively to Europe, Asia, Africa, Australia and South America.

Having never received formal art training or studies ,Julio paints from a desire to express his love of color and form. His development as an artist is the result of artistic curiosity, self-study and his travels around the world. His recent abstracts and contemporary works reflect the influence, guidance and advice of involvement with Cuban Master Baruj Salinas.

He uses the interaction of spaces, forms, colors and textures in free flowing movement create painting that invite the viewer to create their own emotional interpretation and feeling

Statement of his art

He believes that color is life and the world without color would appear as dead, as Johannes Ittens said in The Art of Color, “…form and color are vessels of transcendental essence; as sound lends sparkling color to the spoken word, so color lends it to form.”