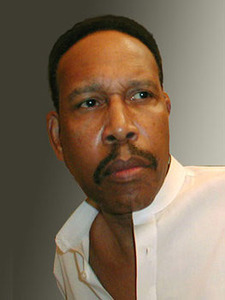 Lloyd DeBerry began exhibiting a natural talent for art at an early age. As a child he developed his artistic talents with the aid of text books, mail order courses and studying anatomy from an encyclopedia. After high school DeBerry joined the US Army and enrolled in a number of correspondence courses while stationed in Japan and Korea.

After completing 3 years of military service DeBerry's applied and was accepted to the prestigious Hollywood Art Center in Los Angeles. It was during this period that he became serious about the commercial side of the art world. While never loosing touch with his first love, painting, the next four years expanded his horizons by studying design, color, commercial production, sculpture and theory with some of the best artists in the world. graduated in 1981.

This training in the classical forms of composition and color later became the basis for DeBerry's abstract figure studies. DeBerry's trademark style combines the classic art forms with the use of cubism and hints of the surreal. By developing figure studies engaged in contemporary activities, and allowing them to perform on a stage of old master disciplines, constructed to challenge the spectacular while highlighting the obvious, DeBerry prolongs the visual experience with thought-provoking and highly entertaining compositions.