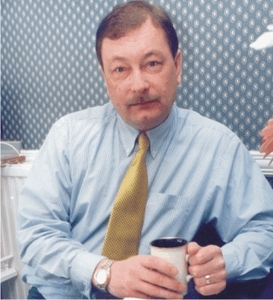 Jon's travel through life began in Trieste, Southern Italy. The family's travels took them to Salzburg, Austria before returning to their home in London, England.

Jon began painting at an early age and his prowess of crayon on living room wall, and other such surfaces, helped him progress through his tutorship where he eventually gained a Master’s Degree in Art and Design. His work has been exhibited in NYC, NY, notable galleries in California, and the Saatchi Gallery in London.

His notable, artistic, career spans over four decades and has provided art and graphics for film, television and the music industry.

Jon's life-story is, indeed, an inspiring one, one that you will want to be a part of.

His paintings have travelled to the United Nations in Vienna, Europe and across North America. One such artwork now resides within the Houses of Parliament, London.

Jon had a distinguished career with the Household Division and is associated with the Household Cavalry. He has taken part in two Trooping The Colours and several Royal and Public duties. Jon was awarded the MBE by Her Majesty, The Queen in 1993 for his charitable work with children.

"Already a published author with his editor/writer wife Jean, Jon’s pedigree as a ‘Celebrity’ artist, is set to rise yet higher. His collection, of over 300 artworks, has now been catalogued, priced and displayed worldwide."

His paintings are now available as calendars, jigsaws, mouse mats, porcelain & ceramic coffee mugs, as greeting cards and a host of other great gift ideas.

There is nothing more alluring, sensual and adorable as a beautiful woman, wherever you are in the world.

“Waiting For My Prince”

She may have to wait what seems a lifetime, but one day her prince will come.

Sometimes a girls work is never finished... but he can wait.

The water is really nice and warm today, care for a swim?