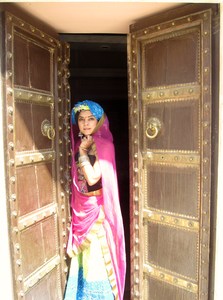 Anu Vittal is a prolific painter and poet of South Asian origin. Her vivid imagination combined with her passion for colors, bring to life artworks that aim to inspire creativity in all who view them. She likes working with mixed media and uses varied materials from sarees, wood chips, glass, dried foliage and jewellery to add textures to her works. She also incorporates poetry into her paintings which brings a third dimension to the visual creations.
She is the former President of the Mississauga Art Society, which is the oldest art group in Mississauga , established in 1955.She also serves on the board of non-profit organizations such as Access and Sampradaya Dance creations as she believes in giving back to the community at every opportunity.

My trip to Spain and seeing the natural beauty of the landscape inspire me!