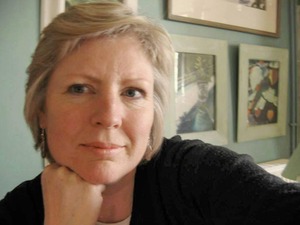 Helene Buttling is a British self taught artist working in Pastels and Acrylics. Equally at home with portraiture, interior studies and landscapes. She is fascinated, like many artists, by the light. It's this quality she brings to her paintings of landscapes and figures, an intensity of shadows. There is a stillness about her work, time paused, a moment trapped.

Born in Kenilworth, England, she worked in Graphic art and marketing near London in the1970's. Finding the world of commercial art too constraining she moved to South Wales to concentrate on portraits and the wild landscapes of the region. She now lives in South West France.
She has exhibited in international salons in Normandy, St. Petersburgh, Krakov, Warsaw, Italy and has had solo exhibitions in galeries in South West France and Paris.

A series of still life paintings exploring the shapes, spaces and light.