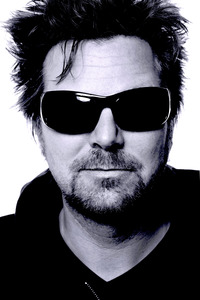 The multi-disciplinary work of Lukas Maximilian Hu?ller found its roots in questioning time in photography, leading towards staged story-telling photography, installation and video. Projects mainly are questioning human, cultural, religious and political themes of actual societies. Influences of historic paintings, written communique?s and co- operations with other artists are relevant for Hu?llers work.

Since 2004 development and realization of art projects to support young Austrian photography in partnership with art historian Anna Stuhlpfarrer. A cooperation with Austria’s leading electricity company had been established and supporting projects had been realized with the Akademie der bildendenen Ku?nste Vienna (2006/07), the Universita?t fu?r angewandte Kunst Vienna (2008/09) and the Universita?t fu?r ku?nstlerische und industrielle Gestaltung Linz (2011/12).

In 2009 the not-profit orientated organizations asbl HUMAN R Belgium and thehumanrightsproject Austria were found in collaboration with other artists to develop and realize educational, creative artworks in cooperation with children and children supporting organisations. A partnership with UNICEF and international NGO PLAN were established in 2011.

From 2012 establishment of the Austrian Photoaward.

The project was realised in cooperation with the Libyan Olympic Academy, over 50 athletes and about 200 children from two national schools and local Scout movements in Sabratha, Libya in June/July 2012.
The result is a highly complex staged photographic work in a large-scale format, reflecting on spirits and values of Olympism: a visual message about Respect, Excellence, Friendship, Courage, Determination, Inspiration and Equality within sporting culture (about 25 Olympic disciplines can be discovered on the picture…). Keeping it in mind that these values represent the basis for freedom and the development of human beings in all societies, the project is based on a sustainable and innovative educational approach.
Values of fair play, free spirit and respect are visualised in this colourful staging and the short movie. Universal ethical values were at the heart of the Arab Spring that recently shook the political powers in the region and the young people of Libya, including athletes, stood solid and strong for these values, seeking freedom, unity and justice. The endorsement of this project in Libya witnesses this free spirit for all. The Olympic Truce and Peace through sport are among the values echoed and announced within this project.
The project aims to support the building of a peaceful Libya by educating youths about the Olympic Spirit without discrimination: a new life full of prosperity that requires mutual understanding with a spirit of friendship, solidarity and fair play.
Cultural heritage is promoted by setting the project amid the impressive scenes of the historic theatre of Sabratha, a UNESCO World Heritage Site and one of the most spectacular and unspoiled Roman ruins in the Mediterranean with its ancient sporting facilities that still stand intact: swimming pools, running tracks and arenas. They encompass this strong link between old and new. These archaeological sites have the chance to “live” again in the same spirit of their original purpose: as a ground for the local games of our ancestors.
The Fairy Play Sabratha was purposefully staged in the historic theatre rather than in the sporting facilities to emphasise the project as a “play” and to open up possibilities of symbolic interpretations.
The project aims to fuel follow-up works, including new productions in other relevant locations in the Mediterranean that combine artistic and cultural dimensions in co-operation with local communities and youth organisations.
www.thefairyplay.com