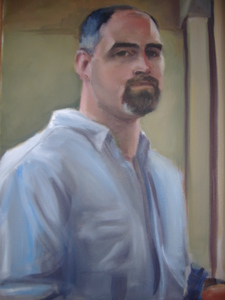 Many unique life experiences have both shaped and afforded Denis the opportunity to express his creativity in a variety of forms.
As a performing artist Denis was invited to audition for the Joffre’s Ballet after years of performing and dancing as a child.
As a Fine Artist Denis was awarded Runner-Up by the D.C. Commission on the Arts & Humanities as the “Most Outstanding Emerging Artist” in the Washington D.C. Metropolitan Area. Represented by professional Art galleries in several states he has been commission by many private Art Patrons, including one who sent Denis to Europe to paint a large mural of their ancestral town along the Appian way in Italy.
As an Industrial Designer Denis was tasked with designing a new Electronic Directory system for the World Trade Center in New York as well as being responsible for the redesign of the facility’s Observation Deck.
As a Facility designer and project manager Denis was awarded a military campaign ribbon, a Governor’s letter of appreciation, a professional Citation from the Mayor of New York and a Distinguished Service Medal for his work as a member of the emergency response team on the reconstruction of the World Trade Center in 1993.
As an Architect Denis was invited to assume the role of Senior Architect on the Steering committee for the Irish Cultural & Sports center in East Durham NY and earned his professional registration in 3 states before founding his own firm, which he ran for more than a decade. When Denis began contracting out his professional services to other firms throughout New England, he was honored to be appointed Senior Architect for the Sandy Hook Elementary School Advisory Committee in Newtown CT. Denis then left New England for Houston Texas to focus his creative efforts on Luxury High Rise development and served as the Executive Architect of Record and the Project Director for major developers throughout the Southwest including Houston, Dallas, Austin, San Antonio and New Orleans.
As an author, Denis began writing and illustrating a children’s book called “Mr Ivin’s Flute” which was based on bedtime stories he created for his daughters. From this exposure to writing as a vehicle for artistic expression Denis created a fiction trilogy called “Lost to Heaven”, which is a subtle but profound expose on the frailty of the human condition. The first volume in this trilogy is called “Ehndale’s Defeat”, which is currently being prepared for publication by Covenant Books Publishing.