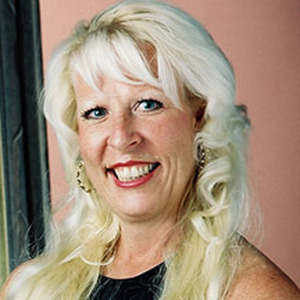 Suzie was a professional diver for over 30 years. As a Diving Instructor Trainer, Suzie traveled around the world, as the first woman to teach diving and license instructors. While working for the CIA, she taught CIA Agents, Secret Service Agents, US Marshals, FBI Agents and other law enforcement personnel how to dive, perform search and recovery as well as other “specialized” skills. She taught President Ford’s Secret Service Agents, some of those special skills. Traveling gave Suzie the opportunity to see extraordinary underwater creatures up close, (and some scary stories) which she captured in her earlier paintings.
Suzie now travels worldwide to paint, including the rainforest in Guatemala, Africa, England, Spain, Mexico, and Italy also nearer to home, Alaska, California, Montana, Wyoming, Utah, Idaho, and Maine. Suzie has expanded her artwork to include plein air (painting on location).
Suzie is licensed by the State of Florida as Marine Turtle Rescue Personnel. She walks the beach of Casey Key every morning from May until November, she verifies turtle nests, and helps rescue baby turtles when they hatch. She releases about 200 baby Loggerhead turtles every year. Suzie received the President’s Volunteer Service Award in 2008.
Suzie has won several distinguished awards for her art, including: 2012 Artist Magazine Annual Art Competition, Finalists Award, with an honorable mention in the wildlife category. Top 100 in Paint America for two different paintings, Juror’s Award in Paint America for the judges’ favorite painting of the entire show, Judges Award from LSU School of Veterinary Medicine, Artist of the year for The Ocean Foundation, Birds in Art at the Leigh Yawkey Woodson Art Museum, Two Top 200 and Top 100 in “Arts for the Parks”, The Bennington Art Museum, Animals In Arts Tour, Coos Bay Art Museum, where she received an Award of Merit, Grant’s Pass Museum, Florida Museum for Women Artists first juried show, and the Society of Animal Artist’s show. She was honored by The Raymond James Companies as their first “Women In Arts” wildlife artist. Suzie had a two-man show in a castle outside Barcelona Spain in 2002 and 2004. She is a member of Strathmore’s Who’s Who. She has had her artwork published in “The Best of Oil Painting” book. John & Suzie were on the cover of Wildlife Art News, and Suzie has been featured in Sporting Classics Magazine, and the SKB News. She has sold pieces at Christie’s and Sotheby’s Art Auctions in London, the National Zoo in Washington, D.C., and the Honolulu Zoo. Her pieces are collected and shown and sold internationally as well as in several galleries and National Wildlife shows around the United States. Suzie is a member of the Society of Animal Artists (SAA), Artists for Conservation (AFC), Oil Painters of America (OPA), American Society of Marine Artists (ASMA), The Wildlife Artists Association (WAA), a founding member of Southern Plein Air Artists (SPAA), and The PhArtists. Suzie has authored a best selling, award winning Art Business Book called “My Painting is Done, Now What Do I Do?”.
John and Suzie teach MasterClass painting classes all over the United States. Teaching new techniques, demonstrations, sales and marketing information to new students. One class they photograph and sketch animals in wild locations like arctic wolves, timber wolves, tigers, mountain lions, fox, lynx, bobcat, otter, grizzly and black bear, just to name a few, then teach students to paint these magnificent animals back in the studio, later in the day. Classes are always lots of fun.
In January 2000 Suzie married world-renowned wildlife artist, John Seerey-Lester, and her life has been an adventure ever since. They live, work and play in Florida
Suzie is considered by many to be a real Mermaid.

A Thick of Fog

The mist is rising off this old dock, as the great white silently glides by

The snow drifts down to the United States, blanketing fields and valleys. The Snowy Owl and landed in a field looking for its next meal

“Spirit of the Barn”

I love the light in old barns and buildings and how it plays on the objects inside. Here a barn owl is leaving in the light of day

This lynx was having a ball in the snow, discovering his first tracks

The red coat races down the snowy bank

I loved the way this otter swam in the glacier pond

I love watching Eagles, especially when they are incoming

I love the messy barn, the junk all around, and of course the dog guarding the treasures

I love old barns, this one on the Eastern Shore of Maryland, with the Canada Geese setting off