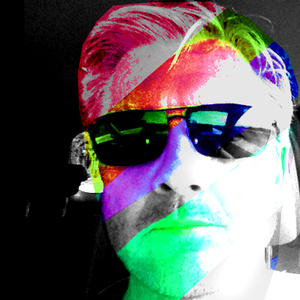 Jean Pierre got his paint stained genes from his artistic father. He studied fine arts as well as industrial design and architecture at Sao Paulo’s internationally recognized universities, FAU and FAAP, and has been a professional artist and designer ever since.

In 2001 he relocated to Miami Florida to serve as a producer for Disney Channel International Television. Later, working for HBO Television International he also created promotions for HBO original series such as “Roma” and “Big Love” for Brazil and Latin America. His work in film and television has earned him both national and international awards.

Since 2005, Jean Pierre has forged a successful solo career as an artist and designer, focusing on high-impact, large-scale Pop Art acrylic paintings and portraits on canvas. Yet his talents are not confined to the screen or canvas, Jean Pierre’s sculptures and interior design create an artistic atmosphere that has won him international recognition. With a keen eye on the future, the multi-media Pop works of Jean Pierre Rousselet promise to offer a new perspective of classic works of art we recognize.

Rousselet rethinks the epic figures of the Sistine Chapel ceiling in startling Technicolor.
The recumbent, well-muscled torso of Adam both emerges from and recedes into a background that traverses the spectrum from fiery orange and yellow to cool blue and raspberry hues. Although his rock ribbed midsection is swathed in a patch of yellow, the rest of the truncated figure, neither his head nor his outstretched arm beyond the bicep is depicted, appears in black and white, as if he were carved from marble. Bands of colored balls, a recurring Rousselet motif that resembles the Benday dots appropriated by the pop artists of the 1950s and ’60s, create an opposing diagonal to the figure. The dots also appear in the artist’s version of the Sistine Eve, whose sculptural, twisting torso floats against a sea of tangerine orbs.

At the famous tension-filled moment right before the hand of man receives the touch of God, Rousselet pivots the action from Michelangelo’s horizontal depiction of the event to a God’s eye view, as the Lord’s hand emerges from the foreground toward Adam’s outstretched digits, the once only imagined spark between them now appearing as a dazzlingly colored dimensional portal crackling with energy. “
— Bob Weinberg

A selection of pop art paintings from a body of work inspired by renaissence masters.
Large acrylic paintings