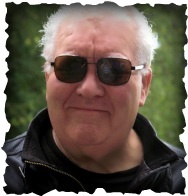 Born in England, studied painting, glass making, pottery and lithography at Stourbridge College of Art. Awarded a Bursary in 1970 by the Royal Society of Arts London followed by study of Central American Art in Mexico, before moving to Australia.

Lives in Sydney with his wife Diane and is father to Sarah, Victoria, Joanna and Lewis. Works in advertising and paints professionally.

A series of pictures illustrating the re-building of cities after war-torn destruction.

“Just another crack in the wall”

“Home among the gum trees”

Landscape paintings from the Scottish Highlands