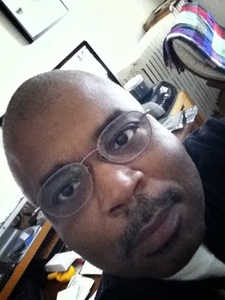 Over 40 years in the making! Gary in his teenage years was always fascinated by the world and how it worked. His love for science and art allowed him to see a different type of world. You could say his mind was opened. During Gary’s free time, when he was not working with his father helping repair a television or an electrical item, he would spend his time going to movies, listening to music, and going to museums. Through movies and museums Gary fell love with the visual arts. His mother and father must have noticed his new love. One day his father showed him some illustrations he had done of an African-American Santa. His father went on to explain to him how his father, Gary’s grandfather, owned a greeting card business that published holiday cards for the African-American community. Grandfather had to sell his business because of the Great Depression. As Gary became more aware of his creative heritage his uncle Ronnie returned from Vietnam and decided to attend art school. This further stirred Gary’s interest in the visual arts. It wasn’t until 1977 that Gary sought out a career in photography.

During his time in college and art school studies he had the privilege to study about the great painters and photographers. His studies included Ansel Adam’s “zone system” which allowed him to develop into a highly competent darkroom technician. The zone system also allowed him to push media and create great dynamic color and black and white images, but he was still felt limited. Then one day he read about software called Dark Element, which later was renamed Photoshop. Almost immediately Gary could see the potential of this new technology. Unfortunately he was at the wrong coast at the wrong time. It took several years and the purchase of a used Apple computer, along with the help of his friend Zipora, to realize his dream to learn Photoshop. Photoshop opened a whole other world of image creation for Gary. He started revisiting his analog images to recreate them anew. During this time he rediscovered the city of Philadelphia!
We fast-forward to today to see how Gary informs his visions. His Nikon, Macs, Aperture, Ink plug-in, and Photoshop have become his tools to showcase his urban landscape of Philadelphia. Gary has learned to master his passions for technology and art into a vision all his own. He is constantly researching new projects and images to create.