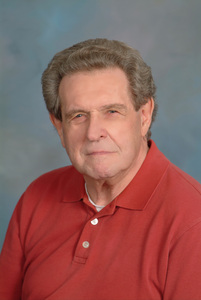 The Artistic Biography of Carl Gethmann

Carl grew up in the Inwood section of New York City. Carl enlisted in the U.S. Navy near the end of the Korean War and served four years as a Radioman on a destroyer built in the last year of the Second World War. After his service had ended, Carl married, attended a technical school, and began a 48-year career as a technical writer documenting computer hardware maintenance, software applications, and developing on-line help systems for major American corporations.

For the first three decades of his life, Carl had no interest in art. Carl's interest in art began in the 1960s because his wife was taking courses in art history at the Tyler School of Art and Chestnut Hill College. Since Carl was going to a lot of museums with her, he began to take an interest in art and got hooked. As it developed, Carl was most attracted to landscapes. During the late 60s and early 70s, Carl learned to paint and draw using exercises in how-to books and copying paintings and drawings from art books. Because Carl was interested in all types of media and had no real studio (Carl created most of his art in his mother-in-law’s garage – not exactly the best lighting), he dropped his painting efforts and switched over to a self-directed lifetime study of art history.

Carl retired from technical writing in 2005. In 2009, Carl decided to try, once again, his hand at art and bought some graphics and paint programs to utilize his knowledge of computers and software. Other than Carl’s self-directed study of art, he has no formal art training but does have a long history of teaching himself whatever he needs to learn. By this time, he had over thirty-five years of studying art and an appreciation that a painting or drawing had to have a story or something more than just a recreation of observation. Carl spent the next two years learning various graphics programs and how to use a graphics tablet. Carl then entered his first open juried international art competition in 2011, and his painting was accepted and displayed in the Reading Public Museum.

After finishing some paintings, Carl created his website, www.ccarlgethmannart.com, to showcase his artistic creations for friends. After receiving favorable responses from them, he decided to see if he could generate an art career. You classify his work as contemporary realism/representational with a flair for being a colorist. Carl’s paintings have won numerous awards and have sold locally, nationally, and internationally.
The compositions are created using a digital computer, a digital drawing tablet, and several graphics programs as well as plug-ins for these programs. Carl aims to illustrate that fine art can be created using modern digital technology which produces art that goes beyond that possible with natural media, and that emphasizes the beauty of the natural world.
Once completed, he prints the compositions on aluminum panels by infusing the colored ink into a special coating on the panel. Because the image is infused into the surface and not on the aluminum panel itself, it takes on an almost magical luminescence, brilliance, and depth of color resulting in vibrancy not possible with natural media. A gloss finish ensures permanency, prevents scratching, and you can clean it with a damp cloth. A glass covering for the art is not necessary.

Because the art created is physically a digital file, you can output it to any medium – paper, canvas, metal, and so on – and it can be resized to fit any customer requirement. For example, even though the original piece of art may be 18”H x 12”W, using fractal mathematics, that piece of art can be resized up to 40” x 60” on aluminum panels or 30” x 120” on paper and canvas without any degradation in detail. You can also downsize it to any size desired by the buyer.
Only one copy of each composition is made available on an aluminum panel. It is as unique as any natural media painting or drawing. Framed, mounted, and loose prints on a wide variety of media in limited editions are also available from Carl’s website.

You can classify my art as contemporary realism with an emphasis as a colorist. I create fine art landscape paintings on framed aluminum panels. I use Corel Painter, a Wacom Drawing Table, and a PC to create my art. As you can guess, I am a digital artist, but unlike most in that field, I concentrate on creating fine art.

Water, snow, and ice are my favorite subject matter for a painting. As you can see, I've included all of these in this painting. I'm trying to convey a feeling of ultimate chill that you can feel in your bones.

Certainly, we do not have as many abandoned buildings as Europe, but we have our share. The western United States have their abandoned mining towns and the midwest their abandoned farms. I've picked an abandoned farm house from around the turn of the last century. It won a Most Nostalgic prize in a gallery competition. One of the great advantages of being a digital artist is that every media that has ever made a mark is available for use. Primarily, this is a watercolor with some oils mixed in. Digital art allows unlimited mixing of media which is another great advantages of this type of art.

My style is somewhat eclectic reflecting my life. I am interested in philosophy, theology, cosmology, particle physics, economics, ethics, and society. This is almost an impressionistic painting. I use trees in many of my paintings because you can depict them is so many different ways. Here, I use one of my favorite schemes - filling in the spaces formed by the intersection of the bare branches. It accomplishes two things; creates a sky background and an impression of stained glass.

This is a drawing on an aluminum panel. Italy is by far my favorite country not only for their wonderful varied landscape, but also their food, wine, and architecture. I eat Italian food at least twice a week and never get tired of it. As you can see, it is a tight, detailed drawing attempting to give you a feel for the wonderful Italian countryside especially their long coast line.

A close-up painting that allowed me to run riot with vibrant color. We live in a world that is becoming increasingly ugly not only in appearance but in society.
In my art, I try to create a colorful beautiful world as I imagined it might have been in the Garden of Eden.