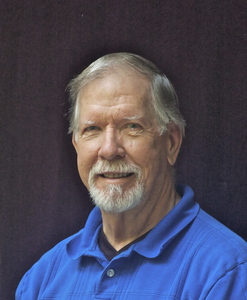 Larry Blovits received his BFA and MFA degrees at Wayne State University, Detroit, in 1964 and 1966 respectively. Retiring in 1993 after 26 years as professor of art at Aquinas College in Grand Rapids, he is a full-time artist specializing in portrait and landscape painting, private commissions, and teaching workshops across the country and abroad. For the last three years, he has been teaching workshops in Australia and New Zealand.

A consistent award winner in National Shows ever since 1964, he is featured in a number of books and articles, and also authored two books: Pastel for the Serious Beginner (Watson-Guptill, 1996), and No Experience Required: Sketching and Drawing (North Light, 2004).

Elected to signature status in many national art organizations including the Salmagundi Club, the American Portrait Society, and the  American Society of Portrait Artists, - the Pastel Society of America honored Larry with the title of Master Pastelist in 1996. . His artwork is represented in the collections of the Muskegon Museum of Art, Grand Rapids Art Museum, Grand Valley State University, Aquinas College, Hope College, Western Michigan University, Eastern Michigan University, Ferris State University, Wayne State University, Providence College (R.I.), and many other public and private collections. A professional portrait artist, his commissions can be found in a number of Michigan colleges, Universities, Hospitals, and public Institutions.  Larry, who resides in Grand Rapids, is represented by a number of galleries in Michigan including the Constance Petter Gallery in Douglas. More information can be found on his website at www.larryblovits.com.