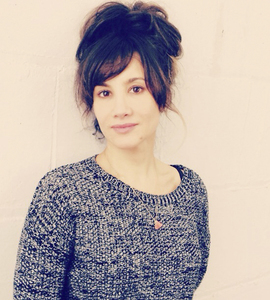 Gabrielle Revere began her career as an independent photographer in 2000 and, in short order, she was voted one of the top 30 photographers in the world under 30, by the industry’s noteworthy trade magazine, PDN Photo District News. Her provocative, yet intimate fashion and celebrity photographs are found in the world’s most influential publications, television documentaries, and advertising campaigns.

Ms. Revere was hired by Life magazine to shoot an exclusive, cover story photo essay of top model Karlie Kloss. The special issue takes the viewer on a journey that begins by capturing the private moments of Kloss’ family life in suburban St. Louis. Without warning, these iconic photographs propel the viewer on a breathtaking roller-coaster ride through the fashion gauntlet of New York City and Paris Haute Couture Fashion Week. This Life special issue was distributed at the Mercedes Benz Fashion Week at Lincoln Center.

In addition, Revere has successfully cultivated her standing as a media personality on fashion photography. She appeared as a guest judge and featured photographer on Australia's Next Top Model, was profiled by FTV Fashion Television about her career, and has been featured on major networks such as the Sundance Chanel, and E! News Entertainment Television.

Revere’s solo exhibitions at preeminent galleries include: Sotheby’s, New York – “I Remain, You Desire”, and Milk Gallery, New York – “I Only Have Eyes For You”. She also participated in several group shows, with her photographs gracing the walls alongside works by Andy Warhol, Keith Haring and Damien Hirst.