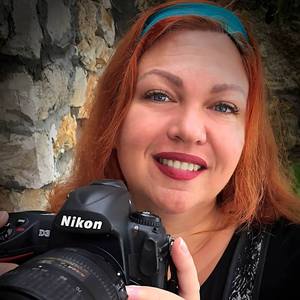 I have been using photography to express my love for nature and to satisfy my natural curiosity. Photography is an ideal tool in helping me to express my views of the unseen reality and the hidden knowledge. I have particular interested in the sea, nature, fine art and traveling. Up to date I have held ten individual exhibitions and twenty fourth group exhibition in eleven countries.
www.ivana-miletic.com

The photos were taken mainly in Sutivan on island Brac, Croatia. It was partly achieved in an improvised studio, and partly in the nature.
I was inspired and powered by a challenge that a female model can deliver – by their self-confidence, their ability to transform consciousness and personality in the way they want and when they want it.
The idea was born by an accident, during a photo session. The model asked me about a pose she should take, and I spontaneously told her: “Be seagull”. At that point her attitude and appearance reminded me of a seagull. Although the topic of this session was completely different subject, it got transformed during the project. As she swung her arms “Seagull Woman” was born. This was when I decided to continue in a similar way and I developed this project.
While looking at the face of a woman I plunge into the meaning of the expression of its spontaneous facial expressions. This association may be in accordance with something or someone I have already seen and they had found a place in my subconscious. Following this thought, I thought that the female character in its richness of possible associations can have a thousand faces. Some of these faces I “recognized” in my models, I discovered them within my own mind and I’ve given them the characteristics of my own thoughts.